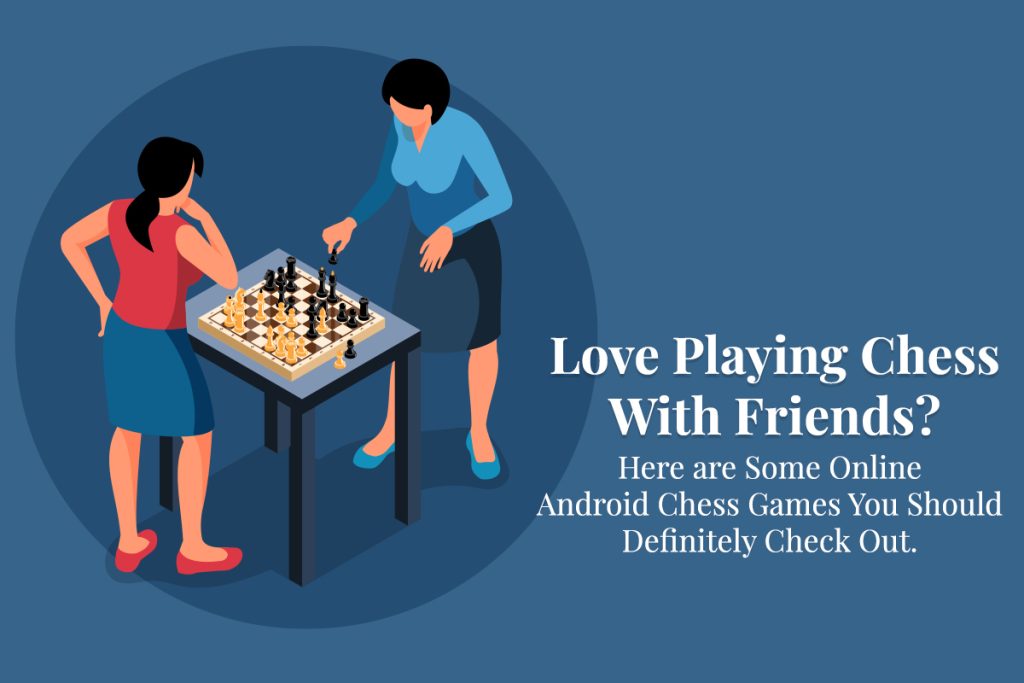 Chess is a must-play game to play for everyone, regardless of where you are from in the world. The game alleviates your senses and makes you more aware of your surroundings, helping you to concentrate more on your daily tasks. It is a refresher at times and allows you to destress after work, making you use your last iota of energy cultivating your brain cells rather than worrying about your next busy project.

During the pandemic, online chess became an insane sensation where players could use their clouded minds to be more productive, facing intense rivals from around the globe. The classic apps were also amazingly made, and you could play with anyone around the world and get connected, which proved to be a great activity during the lockdown.

Let’s check out some of the best apps on chess that have made a definite mark in online games as a means of spending quality time with friends.

This is a unique app that you can access across all platforms and is designed keeping in mind the current top chess player, Magnus Carlsen. You can play against anyone on this app and also against the famous Magnus Carlsen, who is presented as an AI with skills varying across styles that he used in various ages that he played chess in his career. You can train with Magnus, brush your skills, and get on with other people online to test your training and prove yourself as a good chess player to the world.

The app is best for individuals as it couples as a learning tool from the best and also a place where you can individually challenge other people to play chess with and against you.

MPL is one of the best chess-playing apps in the current online gaming market and offers you the best of the classic game in a compact form. The app is straightforward to understand, and once you install it, you will be instantly directed to the game and be in queue with other people who are outstanding chess players with unique skills and strategies. The controls are intuitive, and the graphics are easy on the eyes, with opaque colors to suit every player. You can play different modes of chess that suit your style, and you will not be bored by the same style of regular chess and can experiment as you play along.

You can download this chess game app from the play store or install it directly from the website of the official gaming site. It takes only a few minutes, but the fun and engagement you get from it are boundless and a great example of pure entertainment.

Lichess has one of the largest communities of chess players and offers players a platform where you can enjoy all types of chess games with players online. A rating system also grades you every time you face another player, and your points get deducted and added similarly. The app allows you to play in both incognito modes or log-in style, where you have to create an account. The benefit of creating an account is that you can track other players and get into a cycle of improving your score and getting serious about improving your game.

The unique thing about the app is that you get a graph after you play each game so you can understand who was winning the game at each stage, giving you a clear idea of where you need to improve.

This is an under-the-radar app that is slowly getting popular among chess players. You get this app on the play store, which readily records all your stats and shows the places you have lacked in every game you play. The app is small and does not occupy ample space on your device. The developers have used bright colors to keep the gameplay light and fun for all users, making the in-game animations quite quirky.

Once in the game, you can see when your friends are online and invite them for a challenge whenever you feel like it. The app has a widespread fan base, and you will get addicted to it once you get a hold of the game.

Chess 24 is a beautiful app that offers a range of features to all players who love playing chess. On this app, people can play regular chess, train for matches, and watch live games, and be sure that it does not get any better than this. This app covers all the live chess tournaments; you can watch them on the app without having to search for them on the internet.

You can quickly pair with other people on the app and play with them without waiting for the queue players to appear. The game also allows you to create your custom match from scratch and get other players to join you in playing your self-made game. The training also ensures that you get the best advice and are prepared to play the game against the most formidable online rivals.

Chess is a fantastic game and should be played more than other online games as it teaches you a valuable lesson about winning and losing each time you play it. Playing with friends parallelly affects your intelligence and makes you both smarter in an engaging exercise that is entertaining and lucrative. These apps are elementary and do not put much pressure on your device’s battery, so they are the best to play and keep on your phone.